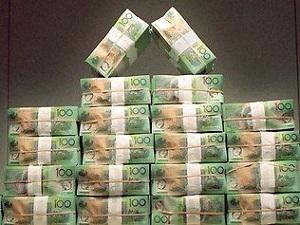 Before the law of attraction phenomenon I actually got  pretty much whatever I wanted, especially when it came to my career. Most people only dreamed of being on my level of income but I did that by setting an intention for what I wanted and I had no doubt I could get it. I was really good at feeling the emotion attached with the desire and had unwavering belief of my value.

Most of my life I manifested what I desired, not realising it was a gift that others found difficult or that I was doing it deliberately. I wasn’t even conscious I was manifesting, it was just I wanted something to happen so it usually did. I wasn’t aware there was a process.

In my mid 40s I realised that the new learning path I was on re the ‘Law of Attraction’ was actually making it harder for me to manifest what I desired. You see, before I learned what I needed to do to get what I wanted, I was actually doing it naturally and once I learned what I was supposed to do I  couldn’t actually make it work as effectively. Does that sound familiar to you at all?

I discovered I was holding on too tight to the desire. I was constantly wishing and thinking about it. I was sharing my desires with others, even though they thought it was a brilliant idea I didn’t get the support I needed and wanted. See my post on hidden agendas.

A year or so ago I wanted $200,000 from an investor to help me develop my business concept. I set my intention. I thought about it constantly and wrote about it in my business plan. I did what the gurus were saying to do. Affirmations, repeating it daily, vision boards, listening to mentors, etc. I was getting disillusioned, it wasn’t happening. I was seeing signs from the Universe but there was no investment forthcoming. This is what I discovered:

How I corrected that

I am sure all the affirmations, vision board, mentors etc kept my desire hanging around the Universe. There was probably confusion as to what I really wanted because of my actions. I have no doubt about that.

I discovered two key things when tracing my steps back. Two things that were showing up when I actually manifested something big:

Yeah, I hear what you are saying, well how the hell do you keep that up when you obviously can’t see it and sometimes it looks hopeless. Don’t give into your thoughts, push them away, tell yourself it’s ok the Universe will deliver. Keep the faith, if it takes 6 months it is because you are pushing and pulling your desire. Think about what you do want a lot more than what you don’t want and see what happens.

One year after setting my intention I actually lost a bit of momentum, relaxed on the idea, and basically considered I would have to do it myself until I had the concept completed. I didn’t give up, by no stretch, but I didn’t give the idea of finding an investor much thought for a while. Except to still have faith it will happen. I just loosened the hold I had on it.

One day a friend of mine who was supporting my endeavors asked if her partner could look at my Business Plan. They were going on a trip and she had it in her car to read through on her holiday. Her partner was looking for ideas to invest his money in. He was considering shares and gold initially. After reading my Business Plan he loved the concept and wanted to be involved. A few weeks later he offered me $50,000 to get the software developed and trademarked and off we went on the journey. Now you may recall I did actually request $200,000. I was very grateful for what I received and did what I could to make that money stretch as far as possible. I am now on the journey to find further funding so we can keep going and find some corporates to partner with. Maybe I didn’t believe enough to bring about the whole amount. Doesn’t mean it won’t happen though. I am still working on it but now I know the process a little better. See my post on How I manifested my dream job

Listen to all the great stuff, you will learn something of value and have your own aha moments.