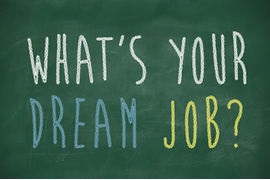 I had an aha moment while listening to a Abraham Hicks video on YouTube, where Abraham said “while I am constantly asking for it, then it is clear I do not have what it is that I want”.

I remembered how I manifested my last major want that the universe provided to me so promptly I was in no doubt that my asking and vibrational alignment were matched, prior to listening to the video I couldn’t for the life of me figure out how to do it again so easily.  Then I had an AHA moment of complete clarity.

This is what happened:

I came home from a long commute. I stood (exhausted) looking out my bedroom window and simply asked the universe to bring me a job that is close to home, I will love, let’s me work flexible hours, and pays me very well (I didn’t want a drop in income), and has nice people. In that moment, packed with a lot of emotion, I remember feeling connected to my emotions about how relieved and grateful I would be if I had a job close to home. I considered all the benefits and I just let it go. Seriously, I asked for it and then I went on with my evening.

If I didn’t have this story to tell I probably wouldn’t have remembered the event so vividly.

As promised by the gurus of Law of Attraction, everything aligned. I didn’t know that until the very next day though, when I got a phone call from an old acquaintance out of the blue asking if I would be interested in a new role that has just been listed with him. When he told me about the role I looked up at the heavens and said ‘thank you’. It was a role perfect for me, the only mismatch to what I asked for was they wanted someone full time. However, I trusted the process and set an expectation the role was going to be mine even though they said I would be perfect for the job but they were going to keep looking for someone to fill the role full time.

In my heart I knew they wouldn’t find anyone, so I was patient and I believed. I won’t say I didn’t have any doubts, I just pushed them away and stayed hopeful, after all it is what I asked for.

During a three week period we negotiated a 4 day work week plus $20,000 pa more than they originally were willing to pay and what my last job paid and no more traffic. WIN

It took 4 weeks in total before I walked into my new office (had to give notice at my existing job). My new role was literally 5 minutes from home, had a team of lovely people, valued my expertise and experience, offered challenges but nothing outrageous, paid very well, matched my values, and worked with my lifestyle commitments.

So in a nutshell

I let go to the asking and used emotion to connect with what I wanted (feeling). It was manifested just like that.

Now let me tell you I had been looking for a role closer to home for years, there was nothing for my area of expertise. I was asking and asking but nothing happened because I didn’t put the emotion behind it. Remember, ask for what you want, not what you don’t want. When you ask for it, put feeling into it. Practice the feeling of the gratitude and relief you would feel when it manifests as if it already has.

You can do it. Let me know how it goes for you.

What have you manifested, can you recall your process? Let me know!